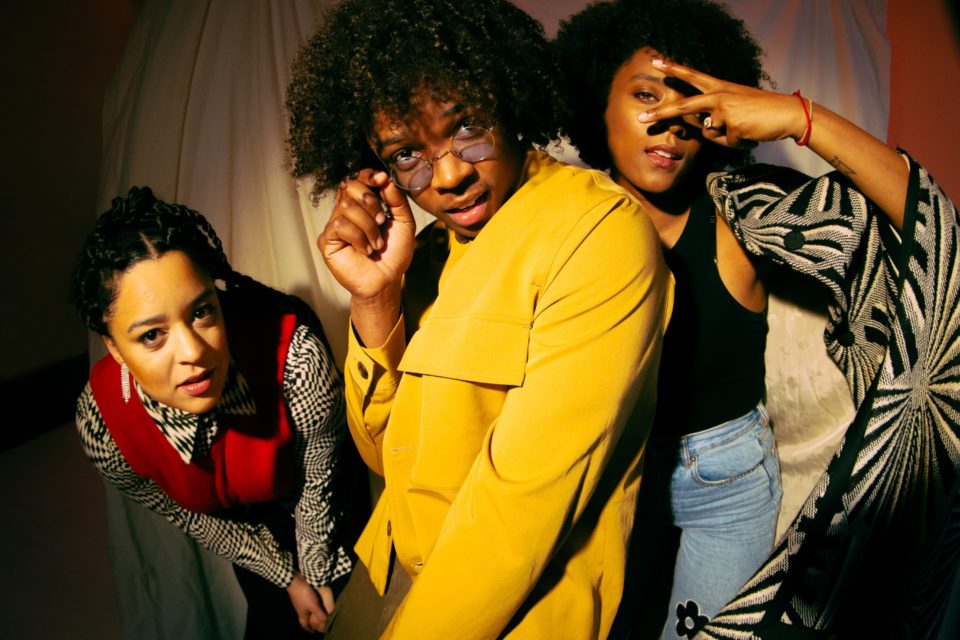 There was a time when the New Respects didn’t appreciate anyone pointing out their pop leanings.

“We had a friend who was like, ‘Y’all are pop kids,’” lead singer Jasmine Mullen recalls with amusement. “And we’re like, ‘We’re going to beat you up for saying that. We’re rock and roll.’”

She and her band mates, who also happened to be her cousins, made sure that their look aligned with that identity. When they released their first track in 2016, they posed for straight-faced promotional photos outfitted in leather motorcycle jackets, arms crossed in front of them.

They were, after all, second-generation Nashville musicians who’d dedicated themselves to finding signature styles on their instruments and creating original music together. In their minds, there was a sense of artistic ownership that came with playing rock, while pop seemed more like an artificial product, even a frivolous confection.

“Pop, when we were making our first record, was very different than it is now,” observes drummer Darius Fitzgerald. “It felt like everything was more separate, where you had rock, you had R&B, and then there’s pop, which is like sunshine, gummy bears, and that’s it.”

In time, they realized that harboring such a narrow conception actually hemmed them in too, that there was no denying how essential hooks were to their songs, that they might want to make use of their dancing backgrounds by incorporating occasional choreography. In the parlance of music critics, who’ve only consistently treated pop as a culturally influential art form for the last couple of decades, the New Respects underwent their own kind of poptimist awakening.

“Yeah, there’s riffs, but we don’t have to be, like, the Ramones,” Mullen says, before eliciting laughter from Fitzgerald and lead guitarist Zandy Mowry, both seated next to her on the couch, with an admission about the pioneering punk band she just invoked as a reference point: “I actually don’t know any Ramones songs.”

Fitzgerald sums things up: “I think we just were figuring out who we are and veering away from just trying to be cool and going more into trying to be authentic in ourselves.”

Surveying how the musical landscape was changing around them, how new waves of artists were finding an outlet for personalized and idiosyncratic expression in a myriad flavors of indie pop, made a difference too.

“At this point, pop almost isn’t really a real genre,” Fitzgerald reasons. “It’s just like a big melting pot. So we can still take all of this other influence and throw it in the pot.”

That’s exactly what the New Respects have done in recent years, breezily accentuating melody and harmony with their pop-R&B vocal arrangements and bending their muscled-up, walloping backbeats into more nimble, danceable grooves. Specialists that they’ve proven themselves to be, we asked Mowry, Mullen and Fitzgerald what they consider to be five essential features of a great pop track.

Mullen: I think when I first started writing, I would use the most words possible in a short amount of time. And I think what makes something really good is when you use almost as few words as possible to say exactly what you’re trying to say so that everybody can sing it.

Mowry: With “Beat It,” you sing the guitar riff before you sing the vocal hook. So I’m like, “If I can give another voice or another melody to the song, that gives people something to hold on to.”

Fitzgerald: Enough to get you moving, but not enough to get you listening to the drums. My thought process is always, “How can I get people bopping along with me — but not take away from the vocals and give guitar a little bit of shine too — so that we can dance?” Because I feel like sometimes drummers, we like to shine a little bit. That is great, but I’m trying to get people dancing. And you can’t really dance to fills all day. I think for a great pop track, you want those drums to be steady and grooving and riding the whole time. “I Want You Back,” my favorite thing is the [drummer] crashes on the first the downbeat of the verse and then does nothing else. He’s just chilling. Then he comes in on the snare and it’s like, “Ooh, we in this!”

Mullen: What I used to think was soul was singing loud. I feel like I sing a lot smaller now, but everything means something. So trying to think about exactly what it is I’m trying to say and making my voice say it. Also thinking about harmonies in like a new way. Like, how does it feel if they just are happening on this word or how does it feel if they feel like strings. Vocals feel more like an instrument to me now than they did before and that has a really fun to explore.

Mowry: Something that we have done a lot is double the guitar and basslines, and that feels like it emphasizes hooks. “No Drama” is a good example of that. Both guitar and bass are playing the exact same line. So often you feel like you have to do a lot of gymnastics with everything [you play], but everybody playing that, what we’re doing invokes dancing, because you feel it before you hear it.